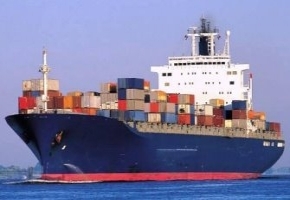 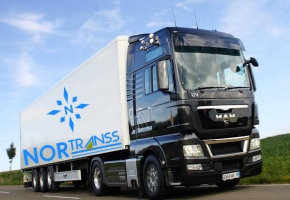 Nortranss International company has been serving since it has been established in 1996 as an international forwarding company which has been developing itself and going forward of becoming a complete logistic supplier at transportation sector in order to satisfy the widest of customers needs. 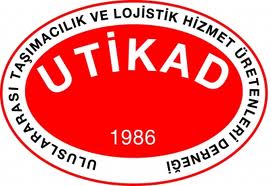 UTİKAD (Association of International Forwarding and Logistics Service Providers) in Turkey, was founded in 1986. Being an association, it has some 352 members which are competent forwarding and logistics companies.Amongst the member forwarders, the companies are specialized putting emphasis in certain modes of transportation, namely road, air, ocean freight, railway and increasingly in all modes of transportation, the so called multimodal transportation. However the global trend is increasingly stipulatating the forwarders to get involved in more then one transportation mode. In other words in todays global chain supply, exporters and importers do not want to be worried by each and every phase of the transportation by getting in touch with different forwarders throughout the chain of supply. They are simply looking after a single forwarder for a shipment which will organize the whole shipping process from picking and delivering the goods the end destination. One of UTIKADs major functions include the use of the initiatitives on behalf of the industry through governmental organizations and at international platforms to pave ways for seemless, swift, safe and efficient transportation processes to meet the ever increasing demands for multi-modal transportation. As an association with the backing of the forwarding industry behind which it represents, it is at the same time of course is an accepted non-governmental organization and is always ready to represent the forwarding industry toward government authorities, other non-governmental organizations and international organizations and platforms alike. UTIKAD is also instrumental in representing Turkish freight forwarding and logistics industry on international level. UTIKAD is an active member of International Federation of Freight Forwarders Association ( FIATA ) which is the largest non-governmental organization in the field of transportation in the world. Moreover UTIKAD is also a member of European Union Forwarding and Logistics Organization ( CLECAT ) which is the largest and oldest institution of its kind. Lately UTIKAD also took initiative and is an active partner of ECOLPAF which is the forwarder associations cooperation leg of Economic Cooperation Organization formed by Turkey, Irani Azerbaijan, Kazakhstan, Kyrgyz Republic, Pakistan, Tajikistan, Turkmenistan and Uzbekistan. At the same time UTIKAD is also taking active part in a regional platform made up of 8 countries of the South East European Freight Forwarders and Logistics Operators. To portray a broad picture of what UTIKAD reflects, its member companies have stakes of 95% in Air & Rail, 65% in Ocean & Road forwarding activities supported with a work force of nearly 30,000. The activities include warehousing, customs operations, packaging, distribution, supply chain facilities with emphasis on goods assembly which are inseparable functions as a whole of the modern day world logistics concept. UTIKADs objectives could be enumerated as : To represent, promote and protect the interests of the industry, To promote a high standard of professional conduct amongst its members, including ethics and financial viability by establishing and continuously updateing the industrys standard trading conditions. Make efforts to achieve standardization in the industry Help improve the quality of human resources in the industry by arranging vocational training programs and publications. Give a helping hand in planning, development and maintenance of the internataional freight services industry in Turkey. Support the expansion of the Turkish trade worldwide. While UTIKAD offers consultancy services in their professional field to its members operating in road, air, railway, multimodal freight forwarding and logistics, also being an association representing activities of a particular profession, UTIKAD is at the same time making all the efforts to find out constructive solutions to problems faced at every intitutional level.